Who Me? Biased?
Watch the full series of six short videos. 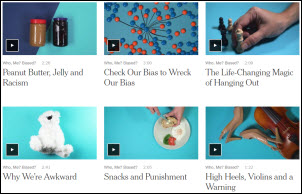 Important Definitions
Bias: "Prejudice in favor of or against one thing, person, or group compared with another, usually in a way considered to be unfair" (Oxford Dictionaries).

Explicit attitude: "An attitude that you deliberately think about and report (from Project Implicit); also referred to as explicit bias. For example, Greenpeace and the National Rifle Association are very clear about their positions on environmental and gun control issues, respectively.

Implicit attitude: "Positive and negative evaluations that occur outside of our conscious awareness and control" (from Project Implicit); also referred to as implicit bias. These attitudes can cause us to unconsciously and unintentionally think or act in ways that conflict with our known values and beliefs. For example, a professor might not notice female students or students of color and only call on white male students to speak in class.

Stereotype: "An exaggerated belief, image or distorted truth about a person or group -- a generalization that allows little or no individual differences or social variation" (from Teaching Tolerance).

Prejudice: "An opinion, prejudgment or attitude about a group or its individual members" (from Teaching Tolerance).

Discrimination: "Behavior that treats people unequally because of their group memberships. Discriminatory behavior, ranging from slights to hate crimes, often begins with negative sterotypes and prejudices" (from Teaching Tolerance).

Microaggressions: "Brief and commonplace daily verbal, behavioral, or environmental indignities, whether intentional or unintentional, that communicate hostile, derogatory, or negative...slights and insults toward people of color” and other marginalized groups. The term originated as racial microaggressions and focused on the racialized experiences of people of color. Learn more at The Microaggression Project and Microaggressions in Everyday Life (video).
Readings
Test Yourself for Hidden Bias
Read an introduction to bias, stereotypes, prejudice, and discrimination from the Teaching Tolerance project of the Southern Poverty Law Center.

A House Divided: Polarization, Media Bias, and Why You Should Care
A short article on political polarization and how media bias and filter bubbles affect our views on social and political issues.
Identify Your Biases
Look Different (MTV)
Test your tendency to make snap judgments, listen to people talk about their diverse experiences, and take quizzes on racial and gender bias. Want to see how privilege can impact your daily life? Complete the "Different Day" activity.

Who Shares Your Views on Race? (Pew Research Center)
Answer 11 questions used in a national survey to see what you think and how that compares with the rest of the U.S.

Political Party Quiz (Pew Research Center)
Answer 11 questions to find out where you fit on the partisan political spectrum and see how you compare to other Americans by age, race, religion, and gender.
20 Common Ways We Make Bad Decisions
There are established names for the types of biases we experience in ourselves and in our encounters with others. Click on the image to view the full infographic and website. 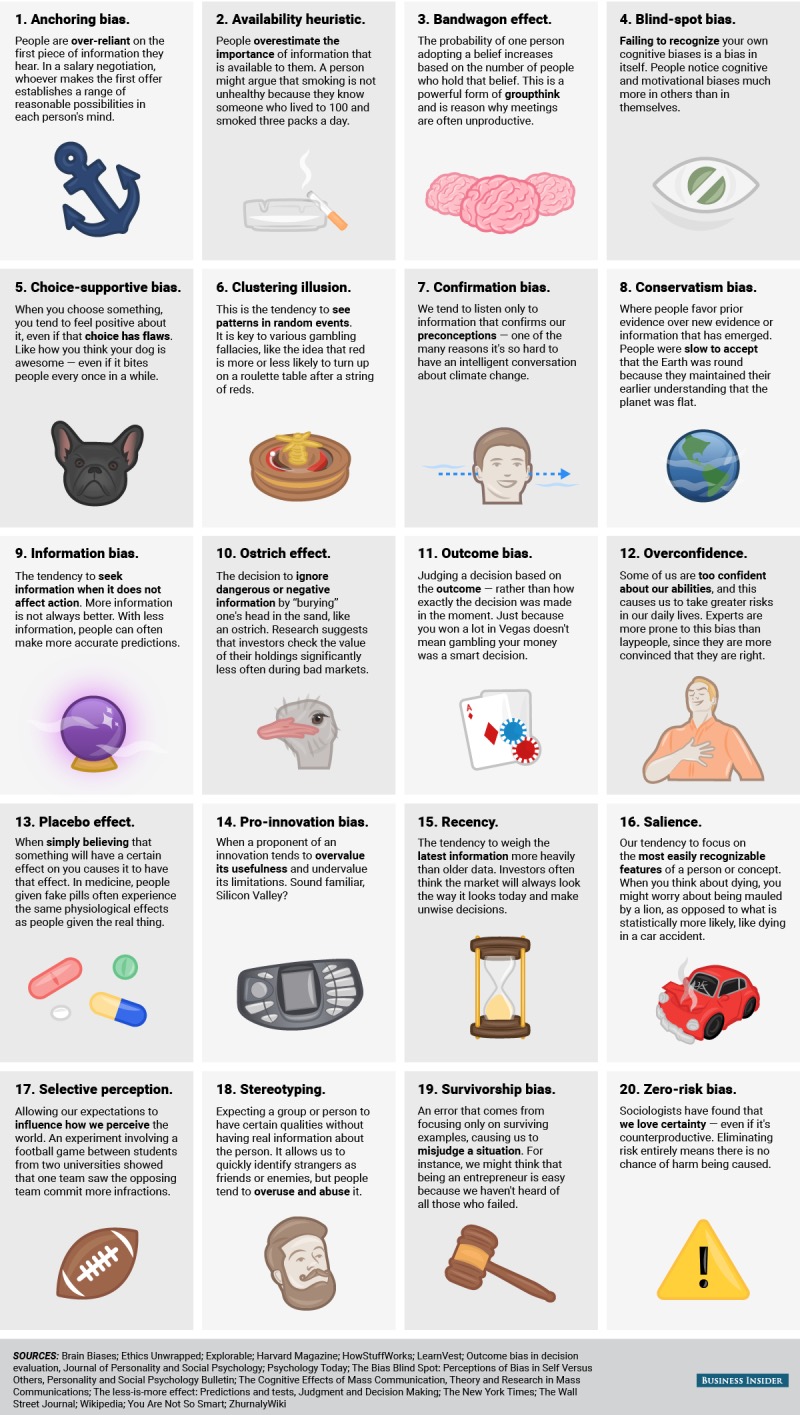