International Dictionary of Theatre
REF PN2035 .I49 1992 Check MnPALS Catalog for Location and Availability
Over 620 plays with signed articles, descriptions, and lists of translations, editions and criticisms.
Note: emphasis on the last 25 years

Search by topic, title of play, name of playwright, etc. A play that you need could be included in a larger book of collected works.

Type in "review" as one of your keywords

Fulltext of 300+ U.S. and international news sources. Includes the New York Times (1999 to present), The Times of London (index and abstract only), the Wall Street Journal (1984 to present), and the StarTribune of Minneapolis (1986 to present).

Full page and full article images from The New York Times with searchable fulltext from 1851 through 2013. Full indexing is available for articles, performance and book reviews, letters to the editor, obituaries, birth/marriage announcements, photos, and advertisements.
Note: 1851-2009

Cite Your Sources
Citation Styles Old
Choose a citation style (APA, MLA, Chicago/Turabian ...) and follow the guidelines for formatting your paper and references.

Theatre Books in the Library 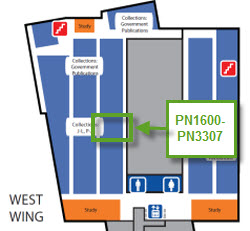